by Maile McCarthy
Contributing Writer and Illustrator
strongDM
Found in: Team
StrongDM manages and audits access to infrastructure.
Get a demo 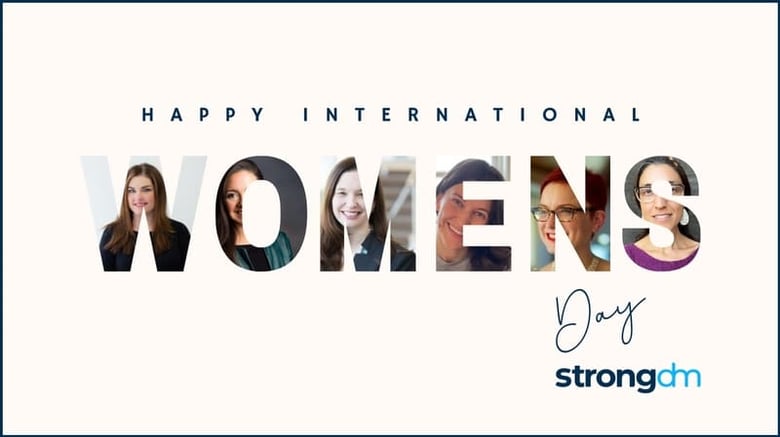 “You can always tell ambitious women by the shape of our heads. They’re flat on top from being patted patronizingly.” Dame Stephanie Shirley in her 2015 TED talk

Things have changed a lot since Dame “Steve” Shirley began her trailblazing career, but we still have room to grow. For International Women’s Day, three female executives from StrongDM share their thoughts on being a woman in the tech industry, how the field has shifted throughout their careers, and what they’re doing to support the next generation of history-making women and girls.

Here’s the interview, edited for length and clarity.

How did you find your way into the tech industry?

Joy Scharmen, Head of Infrastructure at StrongDM: I was always intrigued by computers, though I didn't really have access to them at home. I thought I wanted to be an artist, and my art teacher had the best computers in her classes. She was a really wonderful teacher, the sort of teacher that changes your life in a really positive way, and she let me do an independent study on the computers. I started out not even knowing how to save a file, and I was teaching her things by the end of it.

Erin Dertouzos, VP of People Strategy at StrongDM: My path to tech was very different. I started out working for a cultural institution here in New York City. I had an office. I had an assistant. I worked for an organization that my grandmother used to visit as a child… And I was dying inside. Then I found a job listing for a startup on HotJobs. They wanted to interview me that evening. I said, “Well I'm not in a suit,” and the recruiter said, “Well, I'm in flip flops and Capri pants, so I think we'll be fine.” I spent 10 years with that company, and they ended up getting acquired.

Michaline Todd, Chief Marketing Officer at StrongDM: In some way, I've always been in technical jobs. Back when I was in high school, I used to work at our church rectory, and I got pigeonholed as the computer person. This was in the early days of computers, before most people had email at their company. I worked for a shopping center developer while I was in college, and there we actually built a very innovative system from the ground up for collecting tangible metrics to help us gauge whether we were driving enough traffic to the shopping center, whether people were buying enough.

"I always liked digging in and trying to figure out how to make things work in a more efficient way."

Did you face any barriers early on? Who or what helped you surpass them?

Joy: I was the first person in my family to go to college, and I ended up dropping out because I had to work. I was holding down three jobs and going to classes and trying to schedule sleep… it wasn’t sustainable. But I think about how many people don't have that experience of making it through all of those challenges. I was lucky.

At the end of my high school career, my best friend Jeff was already interested in computers. He started showing me around Linux and things like that, and then he kind of pushed me into getting a job at the computer center at the Michigan State graphics lab. It also really helped that my father was very proud of how smart I was. I was able to navigate this very guy-heavy environment because of my father and these really supportive guy friends.

Erin: I was also a first generation college student, and I went to my safety school because my first choice wouldn't get me my financial aid package in time. So why are more people not in tech? Because from the beginning, things are stacked against certain people. It's systemic.

But I'm still very close friends with one of the co-founders at my first tech job. He was my first true mentor. He was my first advocate. I have this crystallized moment in my mind where I was presenting something to the executive team for the first time. I presented a deck to the director above me in HR. She said it was great. Then she and I met with our CFO, and he picked it apart, slide-by-slide, for two hours. And we met the next day, then the next. It was brutal. It was awful. And it was exactly what I needed. When I finally presented it to the full executive team, they loved it.

Michaline: When I was in college, one of my summer jobs had me working alongside a woman who was a management consultant tasked with building out training programs for leadership, management, and staff. She was so impressive, and she knew how to guide conversations, steer things into a particular path. It was a male-dominated industry, yet she regularly stood up to the men at a time when other women would take a backseat and always ask for permission to do something. Watching her just lean in and go do things was a big lesson for me.

How can we better support the women entering tech today? What’s working, and what still needs to change?

Joy: I've had some amazing former bosses, and being able to pass that on has been great. I remember bringing a woman onto the SRE team at a previous job. She was really knowledgeable, but she had so much imposter syndrome. She'd been at a very large tech company that you have most definitely heard of and was just absolutely fried from that experience. I was able to show her that she needed to bring her own unique skills to the table, not develop the same skills as everyone else. It was great to be able to do that. That's actually one of the big reasons why I was really excited to go into management.

Michaline: If you can’t be yourself, that’s probably not the right culture for you to be in.

"I've been in situations where male CEOs and even female peers have told me, “As a leader, you should try to show little emotion."

If all the men on the team are very stoic and very logical and have no emotion then that's exactly what you need to model back.” And I have to push back and say, “but that's not me.” I'm the type of person who wears my emotions on my sleeve. If I'm happy, you're going to know it. If I'm concerned or worried about something, that’s going to be pretty apparent too.

As a leader in the organization, I have to wonder about the rest of the emotional/feeling men and women. Do they believe they need to bottle up everything inside of them? That's not a great way to build a company, especially an innovative company that has person-to-person interactions. We’re here to change people's minds about doing something different. I don't know how you do that if you can’t share emotions.

Joy: For a long time, I tried to de-emphasize anything that made me feel more feminine. It worked, and I told myself that that was my choice, but it wasn't really a choice. As I got older and more confident in myself, and as the field opened up more, I started seeing more and more diversity. I was like, this is fantastic. But at the beginning, it was an issue. For sure I've been in some situations where you know, you're just like, this isn't just a bunch of guys, this is a guy's club, and I'm not in this club.

I also really want to call out intersectionality. As a white woman, I have had an easier time being accepted than a black woman would or someone with a different presentation would. So I'm kind of the tip of the spear coming in there.

"We really need the tech industry to get to the point where it better matches the diversity of our workforce."

If you think about it in those terms, we obviously have a really long way to go.

Has your experience been any different at StrongDM?

Erin: One thing that being at StrongDM has gifted me, and a reason I chose this job, was the chance to scale a completely distributed company.

"There's a level of diversity in having a distributed team that I never saw building companies based in New York."

Michaline: Absolutely. The fact that the company is 100% remote is huge, right? It opens up our candidate pool so we can be more inclusive and attract qualified people from all kinds of backgrounds. We're not only pulling from people in the Bay Area or New York, we’re meeting and hiring people from all across the United States and eventually all over the world.

Joy: I think being fully remote helps with gender balance, too. I was working in a very large office when I had my twins. Just thinking about how difficult it was to be in the office, trying to find time to pump between meetings. And then on top of that, I had some harassment by my boss (who I thought was my friend at that time), and had a really deeply unsatisfactory conversation with the human resources department.

I don't feel any of that at StrongDM. If this says anything: I have a good friend that I was trying to get to come in. She's a trans woman, and I had no concerns about getting her to interview. That wouldn’t be true everywhere.

That seems like a great place to end. Thank you so much for participating in this interview.

We’re hiring wonderful humans of all kinds here at StrongDM. Would you like to join us? Check out our latest job openings.

How to Thrive as a Woman in IT: A Comprehensive Guide (2022)
Women make up nearly half the workforce in the United States. Still, in tech, that number is far lower. According to Gartner, only 31 percent of IT employees are women. Meanwhile, companies are struggling to find talent. In cybersecurity alone, there are nearly 500,000 job openings, making it an excellent time for women in information technology to find work. 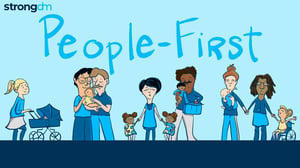 "People-First" Means Not Having to Pick Between Work and Your Life
Your family members are the most important people in your life. And when the time comes to welcome your new one, we know you need space to recover, bond, and adjust. That’s why strongDM is proud to share a new family leave policy that puts people first. 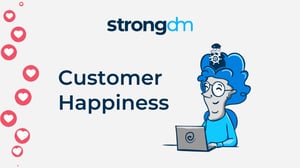 Why Customer Happiness Matters
Product decisions are about more than the capabilities of the software. Active Customer Support helps customers get the most value out of the product. 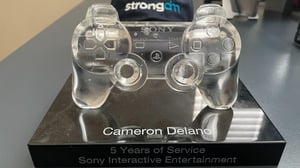 Meet strongDM | Cameron Delano
Meet Cameron, Solutions Architect at strongDM and a gaming-world defender who helped rescue Christmas from the Lizard Squad in 2014. 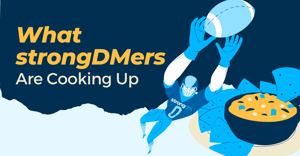 What strongDMers are Cooking Up
Our strongDM team has their game day faces on and are ready to share some of their top Super Bowl food draft picks! Check out these mouth watering recipes.